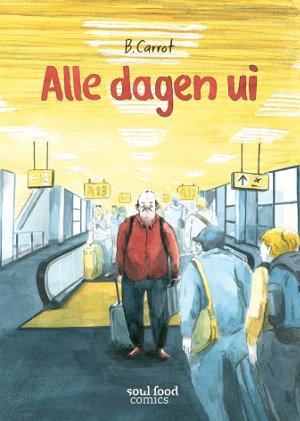 Live music from: Phoenix Godwin
An Anarcho Folk singer from Savannah, Georgia USA, who sings about everything from squatting and privilege, to reincarnation and literature!
https://phoenixgodwin.bandcamp.com/

During the event the bar is open en all profit is for the Anarchist space in Prague, Czech and donation box is on the bar.

This event is also organized for anarchist and non anarchist to meet and socialize and make links for future struggles and initiatives, the language used on this evening will be English

This event is organized by the Anarchist Group Amsterdam – Vrije Bond
https://www.agamsterdam.org

How the FSB is Manufacturing a Terrorism Case Against Antifascists in Russia.

In the run-up to presidential elections and the FIFA World Cup, repressions against antifascists and anarchists started in Russia. In Autumn 2017, 6 people were arrested in Penza; several of them had weapons and explosives planted on them. FSB officers then tortured the
Continue reading → 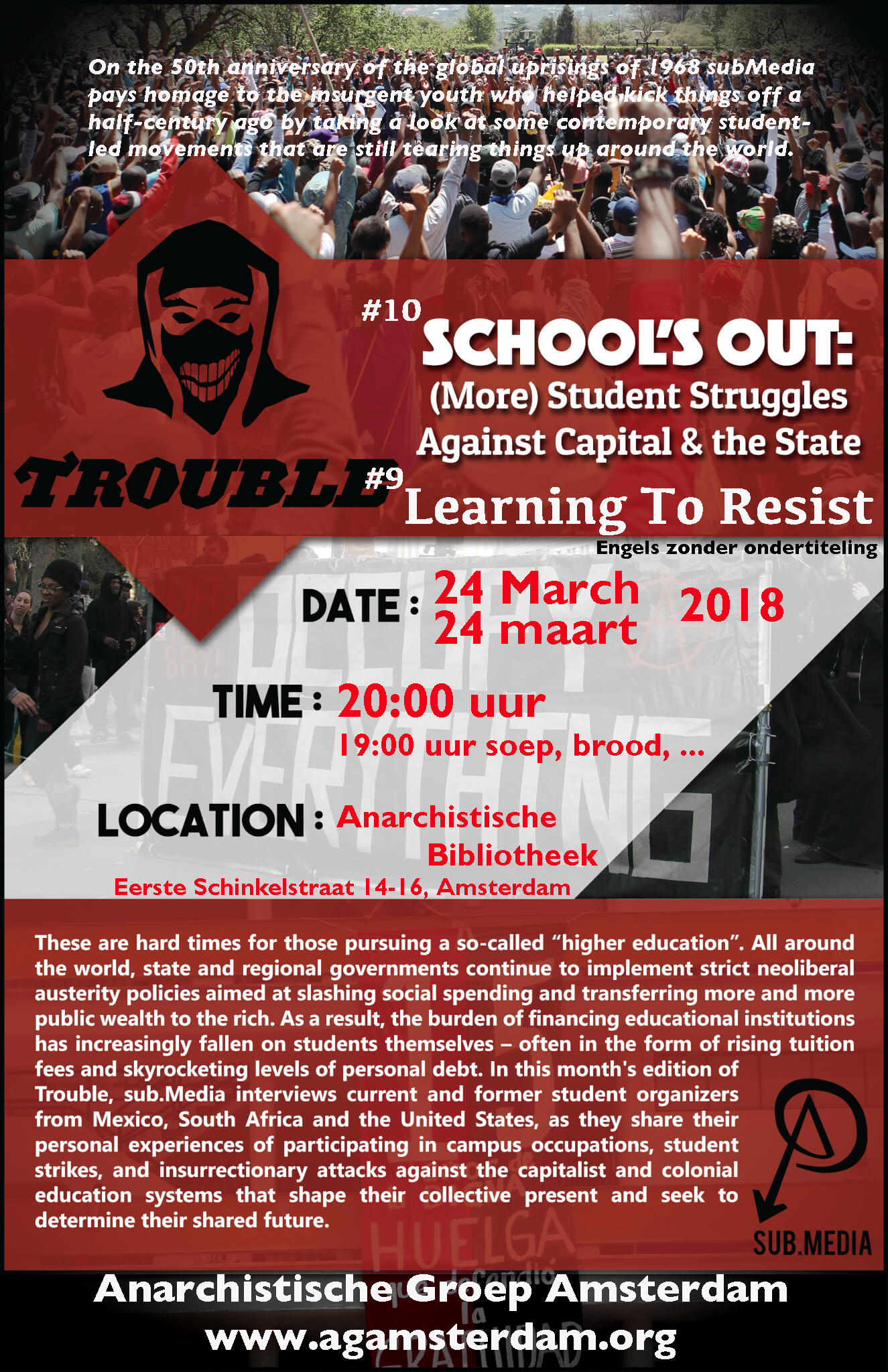 Older generations never tire of reminding youth that the years they spend on college or university campus are formative moments in their lives, times that more often than not play an important role in shaping the trajectory of their future careers and helping to determine the types of adults that they will soon become. These are, after all, years where new life-long friendships are made, politics are formed, and ideas about one’s role in the world start to take hold. What these old-timers often don’t tell you is that if you play your cards right, they can also be the years when you participate in your first riot, flip over your first cop car, occupy your first faculty building, or topple your first government.

On this, the 50th anniversary of the global uprisings of 1968, subMedia pays homage to the insurgent youth who helped kick things off a half-century ago by taking a look at some contemporary student-led movements that are still tearing things up around the world. In this month’s episode of Trouble, the first of a two-part series on radical student movements, sub.Media talks to a number of current and former student organizers from so-called Puerto Rico, Quebec and Chile as they share their experiences from the high-points of past struggles and provide hard-fought lessons that can help prepare a new generation for the battles to come.

These are hard times for those pursuing a so-called “higher education”. All around the world, state and regional governments continue to implement strict neoliberal austerity policies aimed at slashing social spending and transferring more and more public wealth to the rich. As a result, the burden of financing educational institutions has increasingly fallen on students themselves – often in the form of rising tuition fees and skyrocketing levels of personal debt. In societies with entrenched levels of social and economic inequality, these high tuition costs bar large segments of the population from accessing these institutions altogether… which in turn helps to cement preexisting divisions based on class, race and gender. Meanwhile, those who are able to scale the walls of the ivory tower are increasingly graduating into economies with paper degrees that do little to secure them well-paying careers. Instead, these students often find themselves forced into hyper-exploitative internships, or precarious jobs where they must toil for decades to pay off their student loans.

In this month’s edition of Trouble, the second in a two-part series marking the 50th anniversary of the student-led uprisings of 1968, sub.Media continues to shine a light on contemporary student struggles from around the world. This episode features interviews with current and former student organizers from Mexico, South Africa and the United States, as they share their personal experiences of participating in campus occupations, student strikes, and insurrectionary attacks against the capitalist and colonial education systems that shape their collective present and seek to determine their shared future. 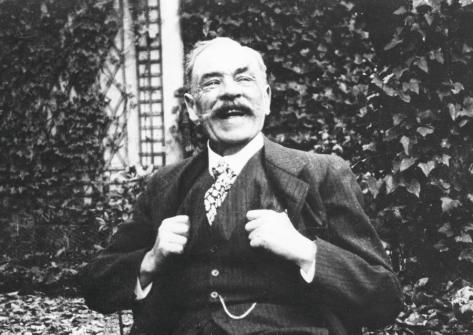 An activist from Cuba is on tour through Europe and will speak in Amsterdam and Nijmegen about the social economical situation in Cuba. He will pay particular attention to the economical transition that ‘revolutionary’ Cuba is currently making and the activities of his organisation ‘Taller Libertario Alfredo López’ in Havanna.

Taller Libertario Alfredo López is involved in setting up the Caribian Anarchist Federation: a network of activists and groups from among others the Dominican Republic, El Salvador and Mexico. Besides that they are working on setting up a social center (https://www.gofundme.com/gg2wrcac). There will be room for questions and discussions during the evening.