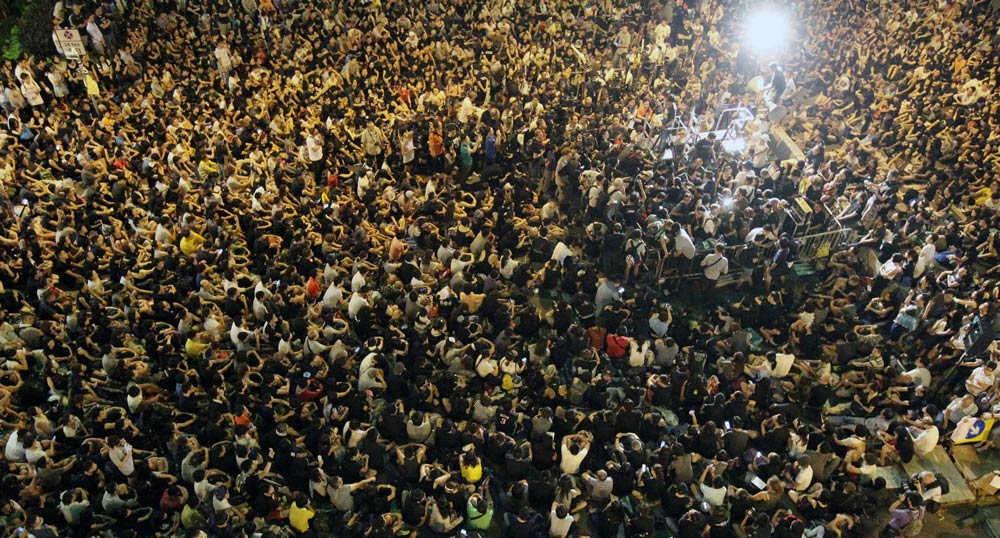 Dramatic imbalances in economic and political power have driven people into the streets. These are structural features dating back to the origins of democracy itself; they appear in practically every example of democratic government. Representative democracy preserved all the bureaucratic apparatus that was originally invented to serve kings; direct democracy tends to recreate it on a smaller scale, even outside the formal structures of the state. Democracy is not the same as self-determination.

Rather than championing democratic procedures as an end in themselves, then, let’s return to the value that drew us to democracy in the first place: an urge for freedom. If democracy is not the most effective way to actualize this urge, what is? We need a framework that can fulfill the promises democracy has betrayed. Can anarchists provide helpful ideas on these matters?

A CrimethInc. comrade will examine this subject together with the audience at meetings in several towns. We will debate what it would mean to seek freedom directly rather than through democratic rule.

This evening will also see the presentation of the Dutch translation of: “To Change Everything”.

Wensday 14 september at 20:00
In the MKZ, adres: Eerste Schinkelstraat 16 Amsterdam