AGA is organizing a round of movies and documentaries screening during autumn in order to fund raise money for those repressed by the police during the Woonprotest demo on the 12th of September.

On the 28th of November at 16:00, “The monopoly on violence” movie will be screened at the anarchist book fair. The documentary is in French with English subtitles.
Our time slot is limited so please be on time.
Suggested donation is 3€.

The monopoly on violence
An absolutely shocking movie about police tyranny in France and the legitimacy of the use of violence by the state. This film consists of harrowing footage of police violence and a set of dialogues between state officials, sympathisers, police officers, activists and victims of police tyrnarry. The individuals participating in the dialogues discuss various instances of police violence, the legitimacy of the use violence by state and the politicisation of police violence. In the end the various topics and footage discussed truly result in an eye opening experience that gives incredible insight on the deranged mindset of state officials, sympathisers and henchmen.

We will also have a stand in both days of the anarchist book fair.
Where: Plantage Doklaan 8, Amsterdam
When: 16h 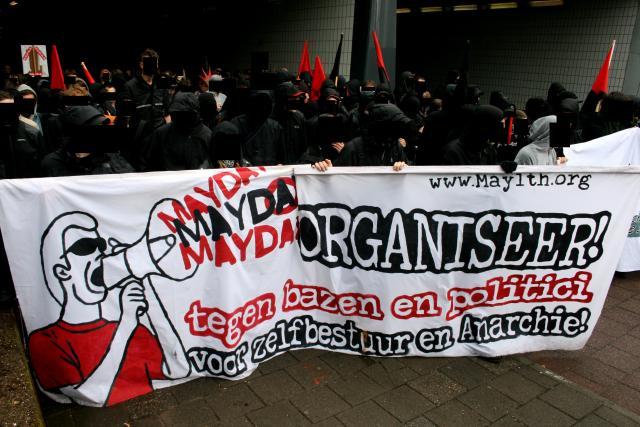